Since 1986, Cáceres holds the title of city heritage granted by UNESCO, recognizing the important historical monuments in which testimonies of various historical stages overlap as well.

From the Plaza Mayor you can enjoy an architectural panel composed of the Roman foundations of "Norba Caesarina", the Almohad defenses and the silhouettes of many stately homes and temples that completed the city walled up the s. XVI. Outside the walls, we have traditional neighborhoods and garden ample avenues in the widening of the s. XIX.

Cáceres surprises by its cultural offerings in theaters, cinemas, auditoriums, and museums, not to mention celebrations such as the WOMAD festival, which brings cultures from around the world, or Holy week, declared of international tourist interest. 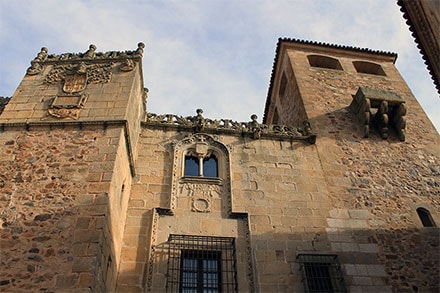