Malpartida de Cáceres was named European Stork village in 1997 by the International Organization for the protection of nature European Natural Heritage Fund (EURONATUR). In this way it was included within the project of creation of the network of European towns of the Stork which was conceived at the beginning of the 1990s, at the hands of Dr. Martin Schneider - Jacoby.

This title is awarded once per year and country - although sometimes these years have not been consecutive-. It's reward communities that have white stork colonies with unique characteristics and who are working in favour of the species, with the Organization of outreach activities or through of preservation of their habitats. 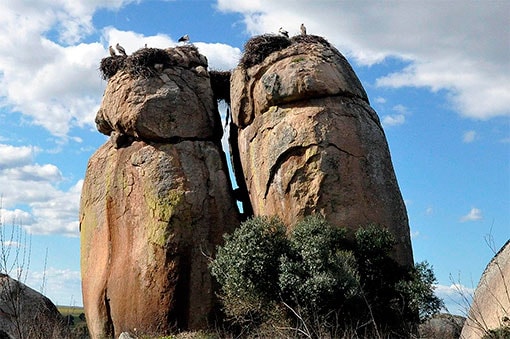 Stork nests on rocks of Treasury

The network of European towns of the stork is currently formed by 11 municipalities of so many European countries. A network that continues to grow, since EURONATUR still keeping the project alive and intends to continue to expand the number of people honored with this title.

Components of the network of European towns of the Stork 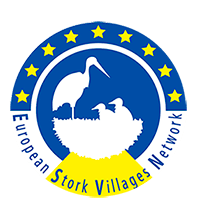 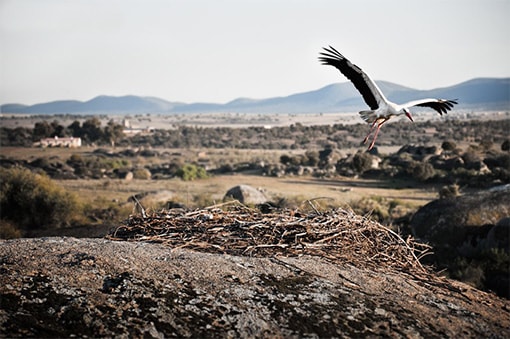 The reasons for choosing Malpartida as representative of Spain on the network were, on the one hand, the originality of its colony of storks - divided between the settlement of historical buildings of the town and the nesting in natural state on large bowling granite in the space protected, called, monument Natural the Barruecos - and, on the other hand, the organisation of the week of the Stork on continuously since 1990. 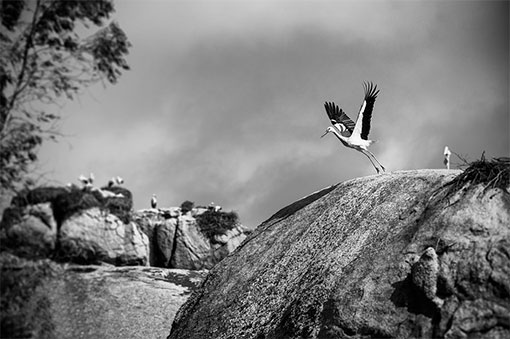 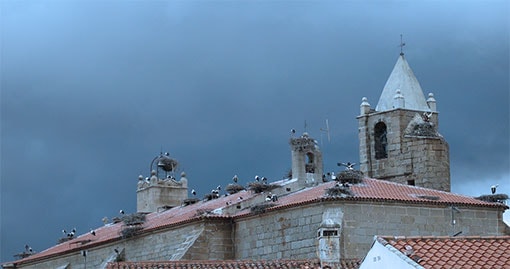