We could make without fear of being mistaken, that in Malpartida de Cáceres is given all the historical sequence of uninterrupted since the most remote times in which occurs the settlement of the first settlers, to the present day.

The oldest archaeological them ourselves in the area of harvest and Brook of the place. It's Paleolithic sites of a period that we can realize between 150,000 and 250. 000 years.

Most recent in time are the Neolithic settlements of granitic Carrasco and El Corchao. Around 3,000 b.c. these men lived Los Barruecos being witnessed the village called treasure penalties that are associated with a total of 47 stations of engravings and schematic paintings taking advantage of the granite coats of the Natural Monument.

Passing by the pre-Roman testimonies (necropolis of incineration), is highlight the ruins of the Roman Villa of Los Barruecos, or the finding of two votive offerings to the goddess "Adaegina" in the form of bronze goats.

In addition to an abundant number of anthropomorphic tombs and remains of Muslim buildings and Innes, we are witnessing, probably at the end of the 13th century, the birth of the village of Malpartida from "Division" of the lands of Caceres after the reconquest. In these early days it will begin to define the population as we know it today.

The urban layout structure in triangular shape, with streets broad and straight, on the basis of the Almirez Street towards the parish church and looking for the string of Cáceres as means of communication with the capital. 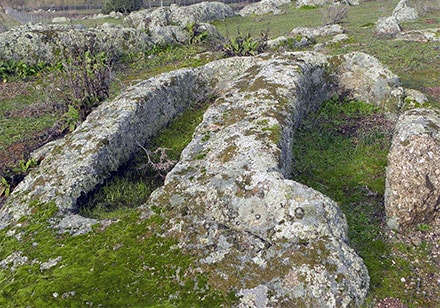 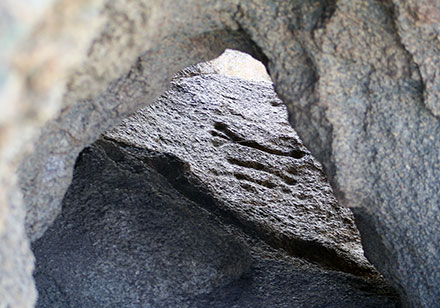 At the end of the century XVIII Malpartida it is not more than a dependent from Caceres village, but the 19th century constitute a period of profound change for the population, although it begins with the disasters of the war of independence, who suffered so the village that was about to disappear.

Once the conflict is over, the town recovered thanks to a series of events such as the independence of the Cáceres jurisdiction to 1833, the flourishing of the industry of Los Barruecos wool laundry (today museo Vostell Malpartida) or the inauguration of Arroyo-Malpartida railway Central station that will introduce a new profession among the malpartideños of railway.

The serious political upheavals of the first half of the century XX do not affect Malpartida significantly. After periods of crisis suffered by the Civil war and its aftermath, there was the phenomenon of emigration since the 1950s, as it happened in all the villages of Extremadura. As a result, the population was reduced from 6,206 inhabitants who had in 1955 to 3.390 in 1981. Many were young families that moved to live to the Cantabrian, Catalonia and Madrid, favoring the ageing of the population.

Little by little the population was recovering because of the improvement in the economic situation and the influence of Cáceres, who leads a large number of jobs.

Malpartida currently participates in the rising rates of unemployment widespread by the general crisis situation, however it keeps about services and opportunities that give quality of life to the population.