Since 2001, the 'Tetrapolis theater' association organises the national competition of Amateur Theatre in Malpartida de Cáceres. Over the years it has been gained in prestige due to the rigorous standards for participation. In the last edition, in 2011, there were a total of 104 applicants that were 4 theatrical groups that take part in the performances.

A jury composed of specialists from the theatre gives a single prize of 1,500 €. The three remaining groups receive a prize of € 900. Awards to the best Director, Best Actor and actress main, Best Actor and actress in a supporting role, best scenery and the special prize of the public are also granted. Is noteworthy in the last years award special Carlos Guardiola people, institutions or collectives featured in the world of culture and of the theatre scene in particular.

Date of celebration: the first two weekends of November. 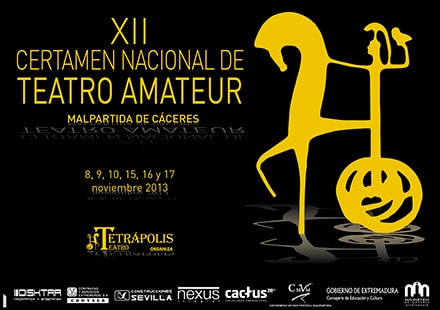